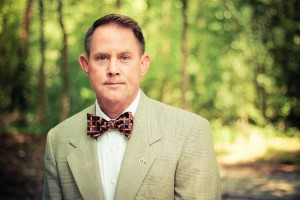 The Roger Bacon Academy Superintendent and CEO Mark Cramer has been appointed to the NC Principal Fellows Commission.

“We are honored that Mr. Cramer has been appointed to this commission by Speaker Tillis,” stated Brad Barth, Director of Public Affairs. “And we are encouraged that the successful records of charter schools are being seen as positive and productive influences within the public education system of North Carolina.”

Mark Cramer is a Trustee and the original Headmaster for Charter Day School in Leland, NC, and he is currently Superintendent of the Leland school and Columbus Charter School in Whiteville. The two schools have grown to a combined enrolment of over 1,500 students since beginning classes in 2000. Cramer also serves as the Chief Executive Officer for The Roger Bacon Academy an educational management company for charter schools. After retiring as a Major from the U.S. Marine Corps, he continued his passion for education as a principal of a private school in Okinawa, Japan before coming to Wilmington, NC.

The NC Principal Fellows Program http://www.ncpfp.org/ helps the best and most qualified students to complete a two-year full-time Master of School Administration (MSA) program. Authorized by General Statute 116 74.41 as a competitive, merit-based scholarship loan program that is funded by the North Carolina General Assembly, the program assists selected individuals to prepare for a career in school administration (i.e., assistant principal or principal). From its beginning in 1994, to date, over 1000 Principal Fellows have participated in the program. Principal Fellows enroll in the Master of School Administration (MSA) program offered at eleven campuses of the University of North Carolina. The second year students participate in a required yearlong, full-time internship at various school districts throughout the state. The program has received widespread support from school districts through their granting of leaves of absences to employees who have been selected to receive the scholarship loan, providing sites for interns, and employing graduates of the program. The benefits of the program include the financial support provided to the Fellows while earning the MSA, the opportunity for school districts to work with Principal Fellow interns for a year, and the development of a pool of well-trained, highly qualified administrative candidates available to all North Carolina school systems.