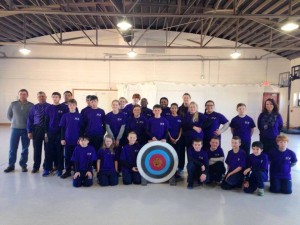 Whiteville— In their first competition, middle school archers from Columbus Charter School (CCS) have earned the rank of seventh in the state. What’s more? Seven is the brief span of months since the team’s formation in August.

Sixth grader, Sierra Breedlove wants to “go pro”. She states that, “I really love the sport of archery and have done it at home. I’ve learned so much, like when I’m aiming for the yellow, I have to aim above it. That’s helped so much.”

Breedlove added, “I recently shot against my dad. He lost.”

The team is composed of 25 students who may choose archery as an elective in addition to after school practices. Along with archery, CCS also added a cheerleading program this year that not only qualified for national competition, but took home fifth place in its division this past December.

Coordinator for both programs, Jean Lafave is wowed by the first-year results. “A top top-ten performance on the state or national level by each of our first-year programs is not something many coaches would dare to dream of. Everyone involved is so excited for the future— both our team’s and our students’— as involvement in quality athletics programs can provide valuable opportunities for things like scholarships.”

Parent, Pam Britt, joined the throng of parents queued behind the competition field. She stated, “It is so wonderful to watch my daughter compete today. I’ve loved seeing her work hard for something and now, I get to see her try her best at it. I love that she smiles so much when she’s doing it.”

CCS joins in the successes of its sister school, Charter Day School in Leland, whose established archery program took first place in this year’s state competition, providing the school’s sixth consecutive title. With CCS’ impressive debut, it is likely future state competitions will hold a healthy bit of sibling rivalry for the schools.

In addition to being Columbus County’s highest-scoring school on End-of-Grade tests, CCS is a public, open enrollment and tuition-free charter school offering a K-8 classical curriculum in Whiteville, NC. It’s three replicate sister schools are located in downtown Wilmington, Leland, and Southport and are accepting enrollments for 2015-2016. For more information, please visit www.rogerbacon.net. 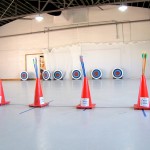 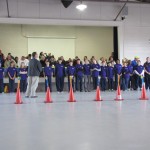 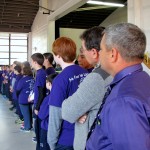 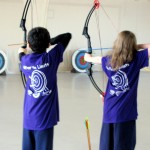 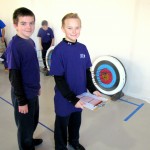 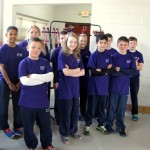 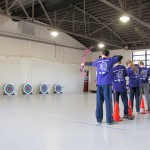 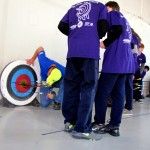 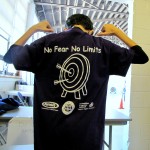 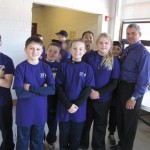