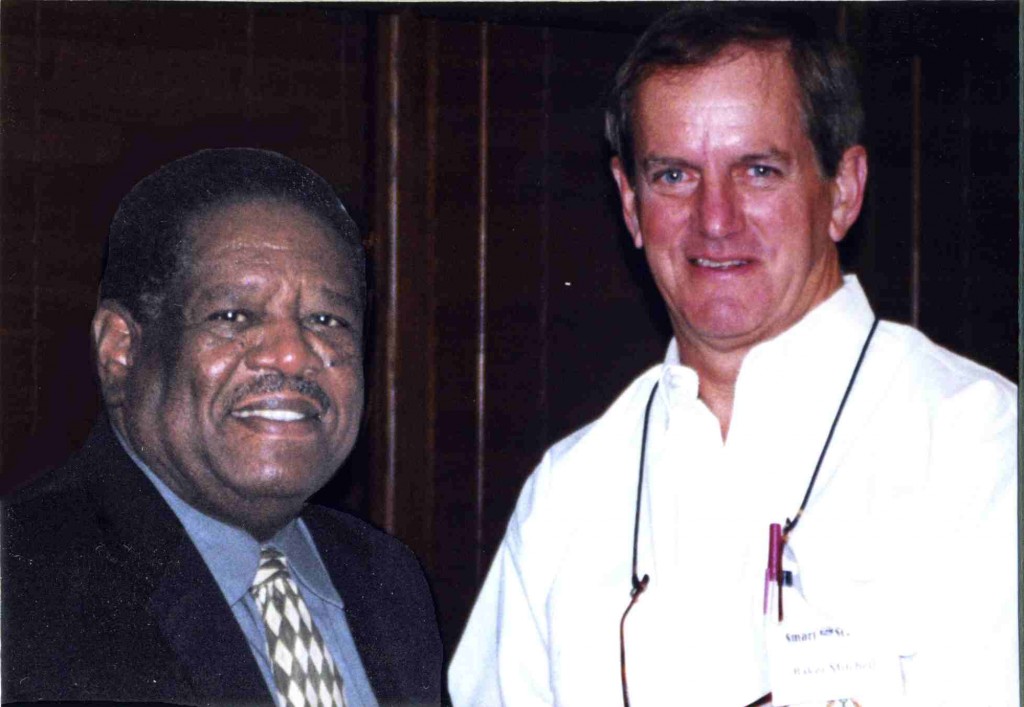 Dr. Thaddeus Lott was a heroic principal in Houston, Texas, who pioneered the Direct Instruction educational model used by The Roger Bacon Academy, Inc. (RBA) and the 2,100 students and four public charter schools and  it serves: Charter Day School, Columbus Charter School, Douglass Academy, and South Brunswick Charter School. Dr. Lott passed away on October 26, 2015. RBA distributed the letter below as a tribute to Dr. Lott.

Feeling sadness and deepest respect, we inform you of the passing of  Dr. Thaddeus Lott on October 26, 2015. Many of you drive “Thaddeus Lott Lane” daily when bringing your children to school. Dr. Lott was a heroic principal in Houston, Texas, who pioneered the Direct Instruction educational model used by The Roger Bacon Academy, Inc. (RBA) and the four schools and 2,100 students it serves.

Dr. Lott’s family would greatly appreciate hearing more about how his work continues to change lives in North Carolina. We encourage any of you with a story about how you or your child has been enhanced by the RBA educational model inspired by Dr. Lott  to email a brief summary—or even a note of condolence—to RBA’s Public Information Officer, Sawyer Batten, who will compile these and send them to Dr. Lott’s family. Please email your stories to her at sawyer@rogerbacon.net, by November 5.

We have compiled a brief list of “highlights” to acquaint you with Dr. Lott’s work and character, in hopes that you will take a moment to read below. The education your child received today is an aspect of his legacy.

“If I had to choose any single foundation of his success, it is his intense desire to cause children to learn.”

If you’d like to send a note to Dr. Lott’s family on how his efforts to improve education are living on here in North Carolina, please email your message to sawyer@rogerbacon.net by November 5.

If interested, please read more at the link below. Teachers and parents will find many nuances of Dr. Lott’s practices familiar http://www.hoover.org/research/no-excuses.

Thank you for your time and support.