The students attended the convention in Greensboro on February 5th through February 7th, competing against the best of the best in the North Carolina Junior Beta Clubs in the categories of Songfest, Group Talent, and several individual talent competitions.

Columbus Charter students sang in unison about what Junior Beta Club means to them for the Songfest competition.  The theme of the club’s submission for the Group Talent competition was “The Fallen Soldier, which was described as “Not leaving a dry eye in the house” by several attendees.

“This was our second year at this convention and these students blew my mind!”  said Kellye Fell, Columbus Charter School teacher and Junior Beta Chapter Advisor, “Their courage and poise on the stage was over the top. They are truly, above and beyond!”

Elections for the Junior Beta state office positions were held following the competitions. Columbus Charter student, Jake Ward ran for Chaplain with the slogan: “Praise the Lord, Vote for Ward!”  Jake’s fellow students rallied behind their teammate and performed a “He’s a Classic Man” skit, which helped him earn the title of chaplain of the North Carolina State Junior Beta Chapter.

Columbus Charter Middle School brought home 2nd place in the group talent and 3rdfor their campaign skit. These achievements have earned the school a seat at the National Junior Beta Club Convention at Walt Disney World in Orlando, Florida in June of this year.

“It was worth every minute of practice we had,” said Beta students Jessica Johnson and Ashtin Wright, “It was truly amazing, and we cannot wait until Nationals!  We are going to Disney!”

In addition to an award-winning Beta club, students at Columbus Charter School take part in a variety of extracurricular activities, including Football, Science Olympiad, a nationally competing Cheer program, an award winning archery team, and the signature “FASTAR” academic competition in Math and Reading. 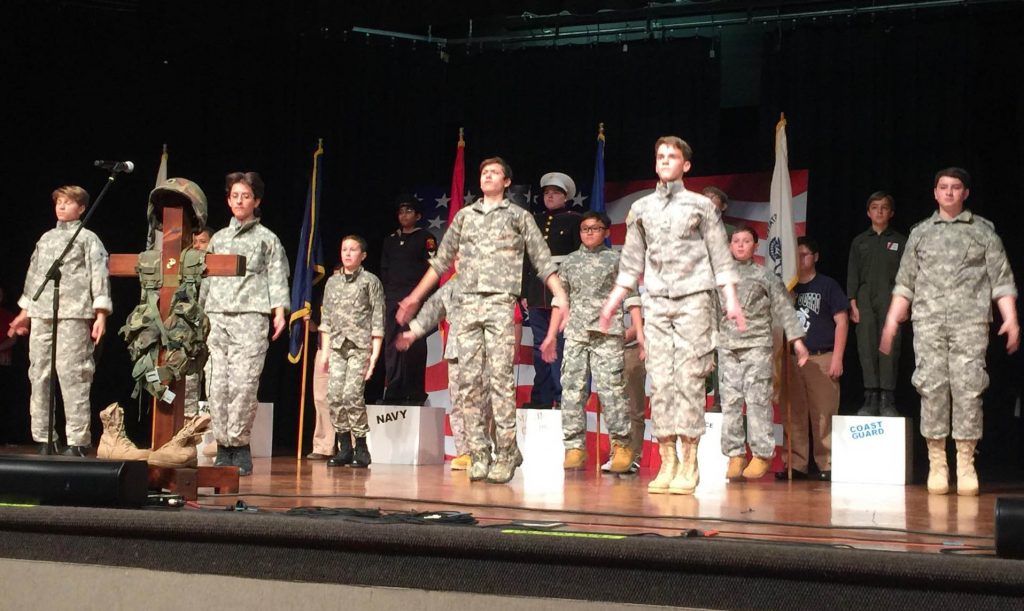